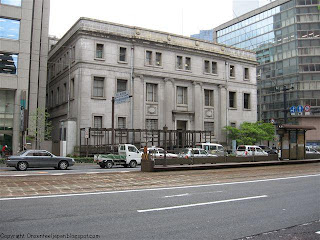 The old bank of Japan building in Hiroshima still stands today after surviving the nuclear bomb attack in 1945. Thanks to the beautiful construction of the building and designed for its purpose of storing valuables it does look impressive.
The inside can be viewed including the safe area where money etc used to be stored, photos and the upper levels which have been preserved. It is located near the peace park museum and is a short stroll from the Comfort Inn hotel where we stayed. 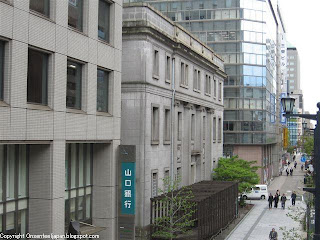 Above the old bank of Japan building stands dwarfed by newer and taller buildings. Below is a photo as it looked after the bombing. 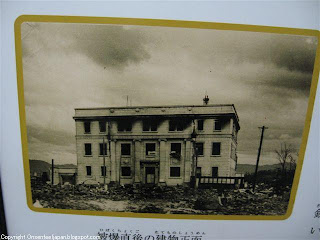 Below is the interior of the street level which used to be the main teller section. 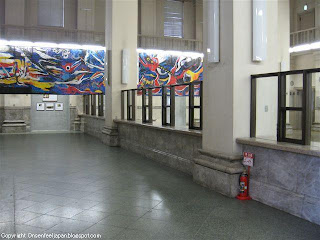 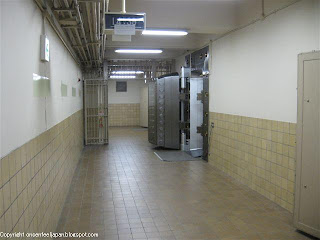 In the photo below the circled section shows damage to the security gate hinge which was damaged in the blast of the bombing. The blast came down the elevator shaft and blew out through the doors damaging the lower half of the hinge. 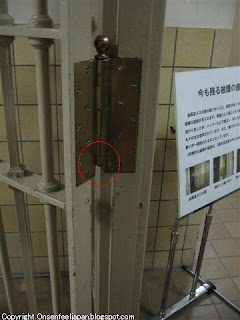 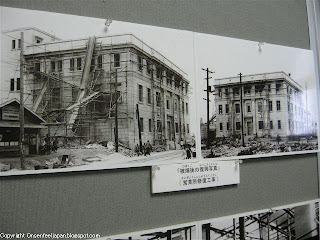 The photo above shows reconstruction of the old bank building while below the photo shows the street level teller section as it used to be. 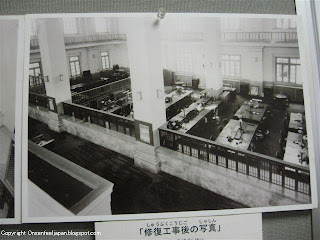 Onsen Feel Japan is a blog of photos and content about Japan and Japanese places of interest.